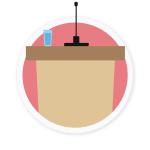 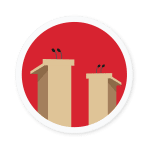 Bachelor of Science and Law, University of Wollongong

Jeremiah is an inspiring coach who works hard to bring out the best in his students. He is experienced across a range of speaking disciplines, including public speaking, debating, Model UN and Youth Parliament. Jeremiah attended Elizabeth Macarthur, where he was Senior Prefect and was heavily involved in UN Youth, becoming a State finalist in 2017. Whilst at school Jeremiah was passionate about community voice, volunteering for the Camden Youth Council and for this, was awarded the Camden Mayoral Citizen Award in 2017. Notably, Jeremiah was nominated to participate in Multicultural NSW and ACYP Ideation, a state-endorsed day in which young people discuss the issues of their generation.

Moving to study a Bachelor of Laws and Science at the University of Wollongong, Jeremiah became heavily involved in the Students of Wollongong Organised Recreational Debating Society. He has represented his University in prestigious competitions including both the Australian and Australasian Intervarsity Debating Championships (where he made the finals series of both). Jeremiah has found remarkable success, placing first in competitions such as University of Sydney Grandslam and Asia Pro-Am. As an adjudicator, Jeremiah has judged the final series of many tournaments, but most excitingly he was selected to the Chair the Grand Final of the Australian Championships in 2022.

Jeremiah works to pass his extensive debating knowledge onto the next generation, not only through working with us at Speaking Schools, but also through coaching debating at Cranbrook School and adjudicating for the Arts Unit.

Jeremiah brings a wealth of knowledge, and unique insights into his classroom which is loved by students and parents alike.