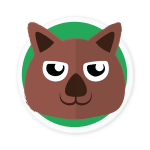 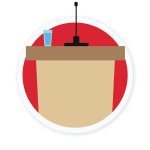 Beth is a dedicated and accomplished coach, who inspires students with her experience, and pushes them to achieve their best. Her love of debating and public speaking began in high school, where she represented her school, Our Lady of Mercy College, in competitions including the Catholic Schools Debating Association Competition. Beth notably reached the regional finals in Rostrum Voice of Youth in both 2015 and 2016, and competed in the Australian Debating and Public Speaking Competition in 2015. In recognition of her success, Beth was appointed Debating and Public Speaking Captain in her final year at school.

Transitioning to Macquarie University to study a Bachelor of Laws and Applied Finance, Beth made her presence known on the university debating circuit. She was heavily involved in the Macquarie University Debating Society, serving the society as Treasurer and External Competitions Manager. Beth is an accomplished debater, having represented her university at the Australian Debating Championships, the Australasian Women’s Debating Championships, and the Australasian Intervarsity Debating Championships, of which she reached the finals in 2018. Not only is Beth a talented debater, she also excels in other speaking disciplines including Negotiations and Witness Examination. In 2020 she won the Macquarie University Law Society Negotiations Competition and represented the university at the Australian Law Students Association Negotiations Competition, where she reached the Quarter Finals.

Since she began coaching with us in 2017, Bethany has been a sought after coach due to the combination of her achievements and extensive knowledge across a range of speaking disciplines, and teaching experience.